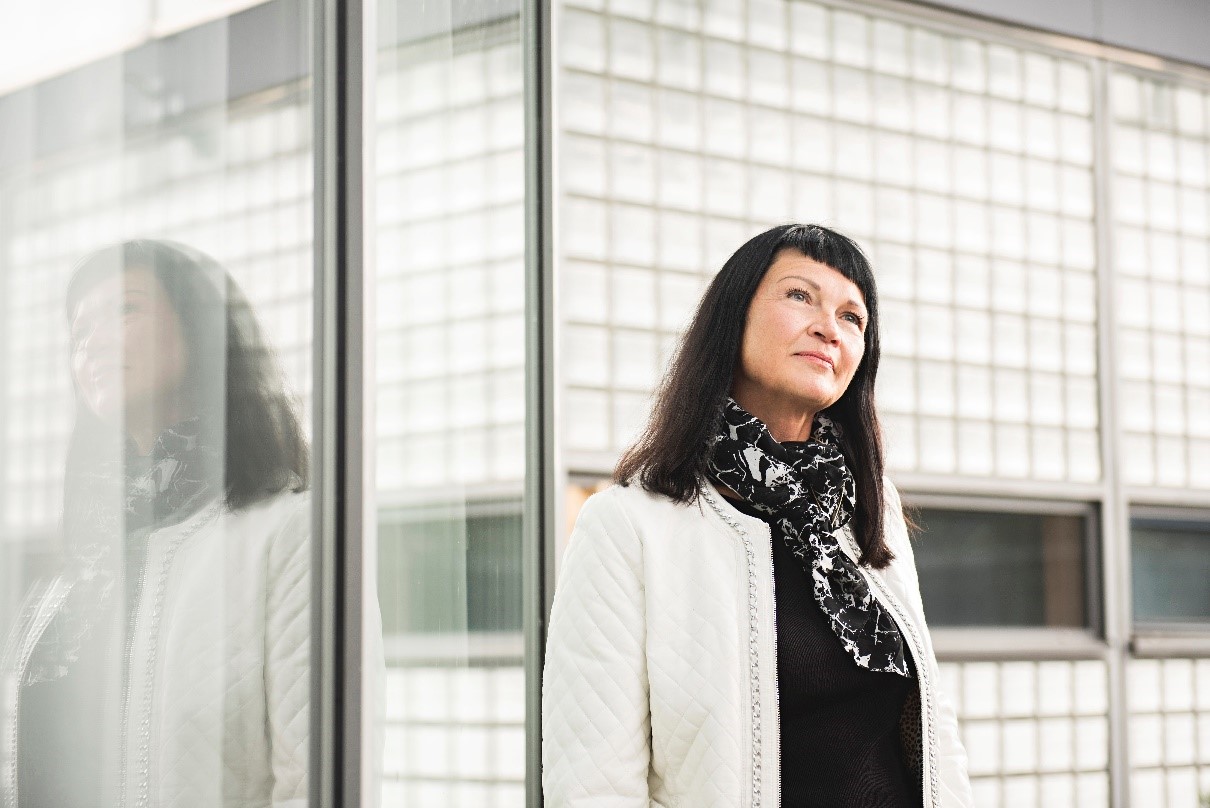 Microsoft launched the extensive Polku (path) support programme after the termination of its mobile phone business. As a result of career coaching and training, over 80 per cent of the employees who lost their jobs are now re-employed.

“We decided to act at once and launched the Polku support programme to se-cure the future of the employees who lost their jobs,” says Rilla Hiillos, the leader of the programme.

In spring 2016, Microsoft discontinued its mobile phone business globally. In Fin-land, the last employees performed their last duties in June 2017; altogether 3,650 jobs were lost in Finland. Employees who resigned voluntarily received a financial support package from the company and were given the opportunity to partici-pate in the nine-month Polku programme.

“As many as 95 per cent of the resigned employees have participated in the Polku programme. I believe that one reason for the success is the fact that we are all in the same situation,” Ms Hiillos says.
The Polku programme has particularly focused on promoting entrepreneurship, finding a new job with a new employer and updating professional skills. In the background there lie the organisation’s desire to look after its employees and the good experiences of the Bridge programme implemented at Nokia. However, Ms Hiillos wants to stress that Bridge and Polku are two individual programmes.
“I would say that, compared with Bridge, Polku is a more extensive and advanced version,” she muses. “A similar programme cannot be found anywhere at Mi-crosoft, and probably not anywhere in the world.”

Career coaching is more than a CV clinic

Career coaching has proven to be one of the most important services of the sup-port programme.

“We provided a two-day career coaching package for 125 small groups in Espoo, Tampere and Salo, with a total of 1,844 Microsoft employees participating. This is our largest single career coaching effort so far,” reveals Sebastian Lindqvist, a Business Director and coach at HRM Partners.

In addition to group meetings, a one-hour telephone coaching appointment was booked for each participant. The individual coaching session was scheduled ap-proximately three weeks after the last (second) group meeting.

“The idea was to give everyone enough time to process the content of the group coaching and apply it in practice. During the individual meetings we could then address each person’s challenges and hopes for the future,” Mr Lindqvist explains and adds that, on a scale from 1 to 10, the participants’ faith in finding a new job increased from 6.78 before to 8.35 after the group coaching.

In practice, participants in the Polku programme had the opportunity to try job-seeking through the exclusive job-seeking portal managed by HRM Partners. Over 1,200 job advertisements have been posted on the JobBoard service. Most of these ads have included more than one vacancy. The Polku Profile Bank included in the support programme has connected people looking for new jobs through LinkedIn with recruiting companies that are registered in the service. In autumn 2016, job-seeking efforts were enhanced by the Help Desk function: those partici-pating in Polku had the opportunity to book telephone counselling appointments with coaches at HRM Partners.

“What is essential is that we have been able to respond to feedback quickly.
For example, we gave specific lectures on how to prepare for video interviews and how to utilise social media, as there clearly was a need for extra support in these areas,” Mr Lindqvist says.

He praises the coaches’ judgement and sensitivity throughout the process.

“A long and successful customer relationship means that it is easy to agree on mat-ters,” Mr Lindqvist adds.

Most of the people who lost their jobs were former Nokia employees. According to Ms Hiillos, this fact has been both a blessing and a curse in the process.

“Many of us, including myself, are now leaving their first job. I have made my ca-reer in various tasks in financial administration, and my last position was financial director in Microsoft’s global supply chain functions. Since August 2015, I have been a full-time leader of the Polku programme. During our long employment, we have become accustomed to changes and we are seasoned in many respects, but we have no experience of looking for a new job. And just take a minute to think how much job-seeking has changed over two decades,” she says.

In addition to job-seeking being something new for Microsoft employees, it is often quite a solitary activity at the general level.

“Being able to discuss things with other people in the same situation has meant a lot. I’m sure that each one of us has been at the bottom at some point, in one way or the other. So we have taken turns kicking each other forward,” explains Mika Paukkeri, a long-serving shop steward at Microsoft Mobile. “In particular, when the first layoffs started, many could find the situation unfair: why me? Later, when it became evident that we’ll all be leaving, our understanding of the situation in-creased. As the shop steward, I have acted as the link between the personnel and employer,” Mr Paukkeri summarises his role.

Mr Lindqvist emphasises the importance of self-analysis for anyone going through a period of change.

“Who am I, what can I do, what motivates me? How does the future look and how can I personally influence it? After answering these questions, you are ready to proceed to the next level, write a CV and become an active job seeker,” Mr Lindqvist explains.

In autumn 2017, there are still about two hundred people enrolled in the pro-gramme. Ms Hiillos will leave her temporary job as the leader of the programme in March 2018.

“It has been our goal to help the people who lost their jobs to find a new direction for their lives through a new job, training or entrepreneurship. In my opinion, the best indicator of success is the fact that, by autumn 2017, more than 80 per cent of the participants in the Polku programme have found a job, and nearly 200 new businesses have been established as a result of the programme,” Ms Hiillos summa-rises with a smile.

The amendment on transition assistance that entered into force in January 2017 improves employees’ position in lay-off situations. All employers are now obligated to provide employment-promoting coaching for employees that are laid off.

“Transition assistance had no effect on us, because Microsoft took care of these matters even before the amendment entered into force,” shop steward Mika Paukkeri explains and adds that the situation is not necessarily as easy at every workplace. “Not everyone may have financial or human resources as readily available as we do.”

At the general level, however, Polku programme leader Rilla Hiillos finds that you can still do a lot even without huge amounts of money.

“For example, sharing information and promoting team spirit does not cost much. This is also a question of the employer’s ambition,” Ms Hiillos believes.