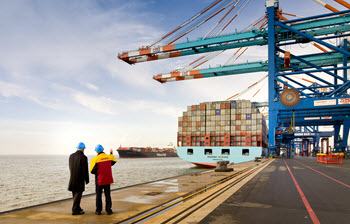 The future of logistics company DHL Global Forwarding Finland Oy (DGF) is now looking brighter, after some changes. DGF carried out structural changes and cooperation negotiations last year and is now in a better position to face competition in its industry. The company is growing again. 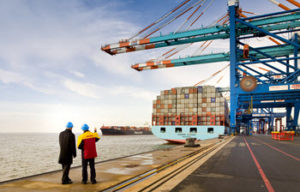 vintus started as the company’s Managing Director in April 2015 and soon realised that the company he had known for quite some time was now facing major changes. Qvintus had worked at DGF from 2001 to 2009, when the company was making a good profit and the employees were more motivated.

Last year, the situation was different.

“All curves were pointing in the wrong direction. We were making a loss and personnel satisfaction was nonexistent,” he confesses. The winning mentality based on the achievements of the past years had been replaced by dispirited drudgery. According to Qvintus, DGF’s organisational structure had become more inefficient in the 2010s.

“The structure had become thick, and the relative share of employees not working at the customer interface had grown significantly.”

Moreover, the management team had conflicting opinions about how the company’s business operations should be developed.

Relationships were tense within the management team, and responsibility issues were unclear.

“Our operations had been organised in a very fragmented way. Our processes had become obscure and we had lost our customer focus,” Qvintus says.

During the first months of his employment, Qvintus investigated DGF’s key performance indicators and employee morale. Once he was well aware of the situation, it became easier to implement the inevitable solutions in order to increase operational efficiency.

“As our market did not support business growth, we had to adapt our costs to a level that allowed us to survive in the competition. By sharpening our operations and investing in new growth ideas, we can also generate growth in the long term. Making these changes was probably one of the most important decisions of my career so far. It was also crucial that I started to implement them before global management came to us to require changes,” Qvintus points out.

Open communication as the starting point for cooperation negotiations

In the autumn of 2015, DGF launched a structural change programme that resulted in reshaping the management team, dismissing employees, defining responsibilities and processes and clarifying the core of the company’s business operations.

“From the very beginning, we adopted an approach based on open communication. I personally told our employees what state our company was in and what methods would allow us to create new growth,” Qvintus explains.

Open communication inspired confidence in the employees, and they were invited to participate in renewing operational processes from the very beginning.

“Our employees knew at all times where we were and how things were going to evolve. This made it easier to make painful decisions.”

The personnel was informed of the cooperation negotiations last October, when HRM Partners came in to help implement the change processes and coach the employees who were being dismissed.

“I wanted a partner who could support our supervisors in carrying out the cooperation negotiations, support our personnel in the change and help dismissed employees to find new careers,” Qvintus explains.

“I wanted to tell everything to our personnel myself, instead of having the negotiations committee do it. I also decided that after the negotiation invitations went out, all supervisors and management team members had to be present. I forbade supervisors from teleworking and barely travelled myself during the six-week negotiation process. The presence of our supervisors was very important at this stage, as dismissed and retained employees raised numerous questions about the change. Openness, respect for the dismissed and clear statements justifying the decisions were the cornerstones of the process,” Qvintus sums up.

Looking back, the company managed to carry out the cooperation negotiation process successfully and received positive feedback from the personnel, both for the way the processes were implemented and for providing change support and coaching.

Almost one fifth of DGF’s personnel was dismissed. Some employees were transferred to a new company through an outsourcing process and got to continue their work. The change training provided by HRM Partners supported the outplacement of those who left the company. A few people were even rehired once business started to develop favourably. At the moment, the company employs approximately 135 people in Finland.

Qvintus is pleased with the implementation of the adaptation programme with HRM Partners.

“For the future and reputation of the company, it is crucial that cooperation negotiations are conducted in a smart manner. As a result, employees have more confidence in the company and the management. Fewer dismissed employees bad-mouth their former employer, which helps ensure that the company’s reputation as an employer is not tarnished,” Qvintus says.

Staffan Kurtén, Founding Partner and Chairman of the Board of HRM Partners, says that the successful management of a dismissal situation always comes down to business, legal issues and leading people.

“Ultimately it is all about risk management. Seeking solutions that would minimise the harm caused to dismissed employees, the remaining organisation and the business operations.
One of the pivotal moments is when the supervisor meets the person who is going to be dismissed. It is worth thinking carefully and from many different perspectives about how to arrange the meeting, what to say and what not to say, and how to prepare for the situation and the reactions it produces,” Kurtén says.

“It often happens that questions related to communication and interaction are neglected or the cooperation negotiations focus too heavily on rational grounds, causing perspectives related to leadership to fade into the background,” Kurtén regrets.